North Korea and the Khmer Rouge? What was the relationship, if any, and how important was it to both sides?

There are many different angles to take when looking at the relationship between the Khmer Rouge and the  (the official name of North Korea). Most of them need to be looked at through the broader prism of overall Cambodia/North Korean relations. The most important part of this being the the friendship of Kim Il Sung and King Sihanouk.

The friendship of Kim Il Sung and King Sihanouk

Diplomatic recognition between both countries was made on December 28th 1964. The initial recognition can be traced to both sides position in the world at the time. Cambodia was trying to stay out of the Vietnam conflict, whilst North Korea was trying to read an independent path through the Sino-Soviet split. North Korea were also trying to foster ties in the developing world, as well as the burgeoning Non-Aligned movement.

Kim Il-Sung and Sihanouk initially met in 1965 in Jakarta at a forum which later morph into the . They apparently got on very well and quickly became friends. Thus both as paramount leaders of their countries meant the nations became allies of sorts.

The CIA sponsored coup of 1970 was to prove the catalyst for the eventual victory of the Khmer Rouge. This was due to a number of factors, but primarily the unholy alliance between Sihanouk and the Khmer Rouge. The lesser known  had recently defected to the government (again with suspicion of CIA involvement). In theory they would have made a far more natural ally to Royalist that an extreme left-wing organization, which begs the question of why?

Why did Sihanouk ally with the Khmer Rouge?

Sihanouk was friends with not only Kim Il Sung, but also Chairman Mao. The was essentially a Maoist party aligned with the PRC. Ideologically China supported the Khmer Rouge, but they also wanted to counter Vietnamese influence. It was therefore much more pragmatism that initially led to the partnership. This was pragmatism both from the sides of Sihanouk and China. And it was not without precedence, as was seen with the 3 princes of.

Where did North Korea fit into all this?

North Korea, much like China and other Eastern Bloc countries did not recognize the Lon Nol regime, instead recognizing the largely China based GRUNK. Whilst Sihanouk spent most of his time in Beijing, he lived in Pyongyang for some of it. Politically North Korea supported both Sihanouk and the Khmer Rouge.

Initially Sihanouk was the head of state of the new Democratic Kampuchea, although with zero actual power. This led to his resignation. There are minutes from a meeting of the Standing Committee where executing Sihanouk was contemplated. It is without doubt that his friendship with both China and North Korea is what kept him alive, although under house arrest. Was to take over as the head of state of the country.

China and North Korea were also some of the handful of nations to maintain diplomatic relations with Democratic Kampuchea, with Romania being the only other Soviet aligned state to do so.

During this time North Korea issued at least one (known) statement congratulating the Communist Party of Kampuchea for ridding the country of counter revolutionaries.

North Korea and the Khmer Rouge after Democratic Kampuchea

Following the brief Cambodia-Vietnam  the Khmer Rouge were overthrown. This created a very interesting situation. During the Sino-Soviet split communist countries, with the exception of Yugoslavia were essentially forced to take sides. In many respects North Korea leaned more towards the Soviet Union (its chief financial backer), but in essence trod a very difficult fine line between the two countries. Much like Yugoslavia and to a lesser extent Romania, North Korea forged its own socialist path.

The Soviet Union supported the new Peoples Republic of Kampuchea, whilst the Chinese (and the west) recognized the Khmer Rouge and “Democratic Kampuchea” as the legitimate government of Cambodia.

North Korea went against the Soviet line and supported the Khmer Rouge, technically. In reality though it was Sihanouk who they supported from a moral point of view rather than the Khmer Rouge for ideological reasons.

“our Communism is not honourable unless it supports the patriots like Sihanouk, who struggle for the independence of their country and his people’s freedom. Communism would lose much of its value if it did not respect the patriotism and ideals of independence and freedom of others”.

Kim Il-Sung on alliance with Sihanouk

Thus the strange situation of a communist leader again favoring a ruling monarch over an actual communist and Soviet aligned government. Therefore when the Coalition Government of Democratic Kampuchea was established , North Korea supported it, and not only North Korea, but the USA. Perhaps one of the only times North Korea and the USA have been , even if it was by default.

US policy was essentially that they could not publicly support the Khmer Rouge, but China and the DPRK could. Whilst China was the chief financial backer, the DPRK among other supplied military and logistical support.

Whilst Sihanouk was president of the government in exile, he spent little time in Khmer Rouge controlled areas. He primarily lived in Beijing, but was known to have a villa in Pyongyang, where he frequently spent time as a guest of the DPRK. In 1974, the North Korean leader built the villa in the Jang Su Won hills north of the capital, and only a few miles beyond Mr. Kim’s own headquarters. In the early days Sihanouk was known to spend at least a few months per year in Pyongyang, and he was a frequent visitor still under his death.

The end of North Korean support for the Khmer Rouge

In 1993 peace was restored to Cambodia, with Sihanouk becoming King of the newly established constitutional monarchy. The Khmer Rouge were to continue the fight under the newly unrecognized Provisional Government of National Union and National Salvation of Cambodia .

North Korea ended any support for the Khmer Rouge and were to foster closer ties with the Kingdom, both economic and cultural. Even when North Korea was being sanctioned, Cambodia remained an ally of sorts, at least until the death of Sihanouk.

North Korea and the Khmer Rouge in conclusion

North Korea undoubtedly supported the Khmer Rouge, but in reality it was secondary to their support of Sihanouk, support born through friendship. A friendship best summed up by a quote from Sihanouk’s autobiography regarding Kim Il Sung;

“my surest and most sincere friend and the most steadfast in my support. Even more than a friend: a true brother and my only ‘true relative’ after the death of my mother.”

Therefore when it comes to North Korea and the Khmer Rouge it makes for rather an interesting story. North Korea often gets painted as a pariah state, yet it is without question that compared with both the USA and China, North Korea played a much more honorable role during this terrible period of Cambodian history.

Health is an emotional state of mind where illness and infirmity are either absent or minimal. Various definitions have been used for many different purposes over the years. One definition that comes to mind is the quality of life you experience, the general health and the overall health of yourself and others. The definition also includes aspects such as freedom, the capacity to work, the capacity to enjoy life and one’s capacity to manage one’s own affairs and the ability to accept assistance. Health can be affected by various environmental, social and personal factors. Mental health has many components and is usually influenced by genetics and experiences. 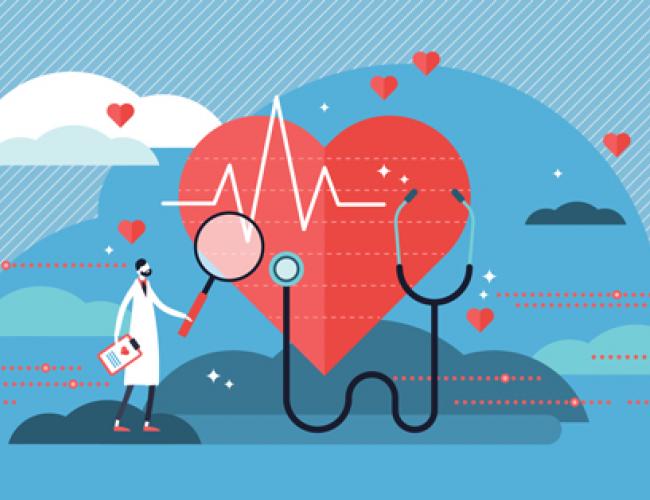 A third definition is something that you cannot have. It is an inherited characteristic or gene that cannot be changed. It is usually affected by your environment but it can also be affected by your genes and your risk factors. Risk factors are those things that increase the risk of developing certain diseases. These include, obesity, gender, age, nutrition, family history and smoking habits.

The fourth definition is called communicable diseases. This is an illness transmitted through contact. This includes the following: blood, breast milk, skin, nasal secretions, mouth, sexual intercourse and others. It is also influenced by your physical attributes and other genetic factors. For instance, a person who has red hair may be more prone to develop communicable diseases of the lung.

The fifth definition is the self-rating health. The state of your physical well-being as determined by your previous evaluations. This measure assesses how well you perceive your health using your own answers to questions regarding your health. It can be influenced by your expectations and beliefs about yourself and your health. Your self-rating can reflect your current state of mental health, such as if you are happy or sad, anxious or scared, tired or energetic, and in poor or good health.

Your level of well-being can be influenced by your risk factors for disease. The presence of these risk factors can weaken your immune system and weaken the effectivity of your healing. These can include age, gender, race, ethnicity, physical health, and illness type. It can also be affected by the quality of your life: how you think, feel, talk and eat.